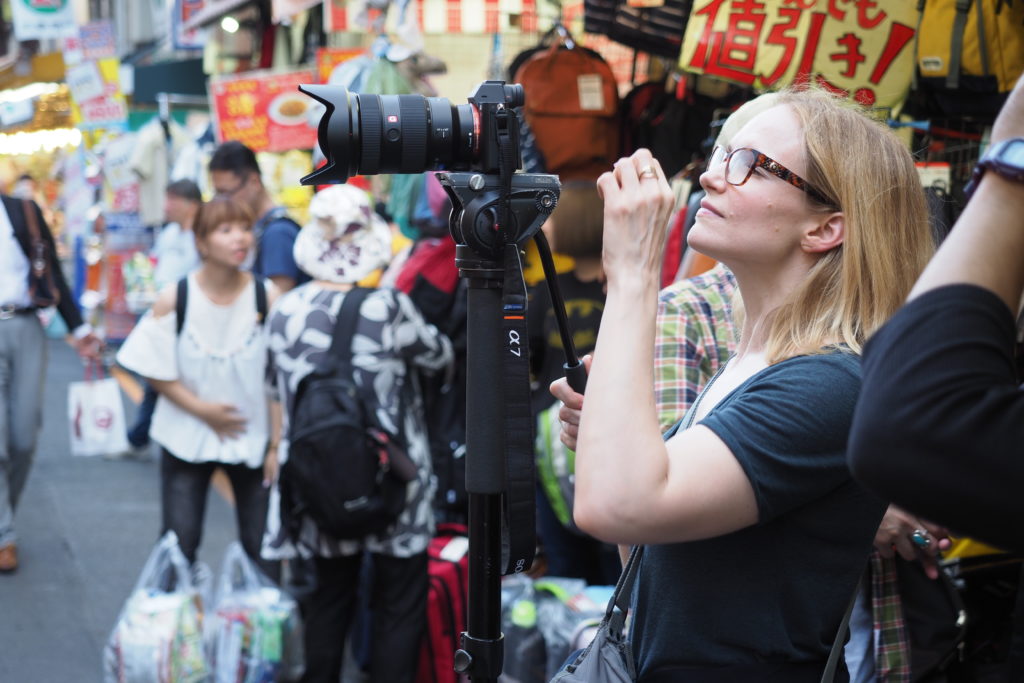 Filmed by: A Canadian director/camera person

I went to Ameyoko as an interpreter for Taito-ku Film Commission (FC). In the hot weather, we met in front of the “Ameyoko Center-gai Building”, 40 minutes behind schedule. This time a Canadian film director had been invited to shoot a PR film about Tokyo. This project aims to introduce the charm of Ameyoko to foreign people, taking a different perspective from the Japanese point of view. Mr. Hirata from FC got permission to film the stores that the Canadian director had chosen, before the shoot. 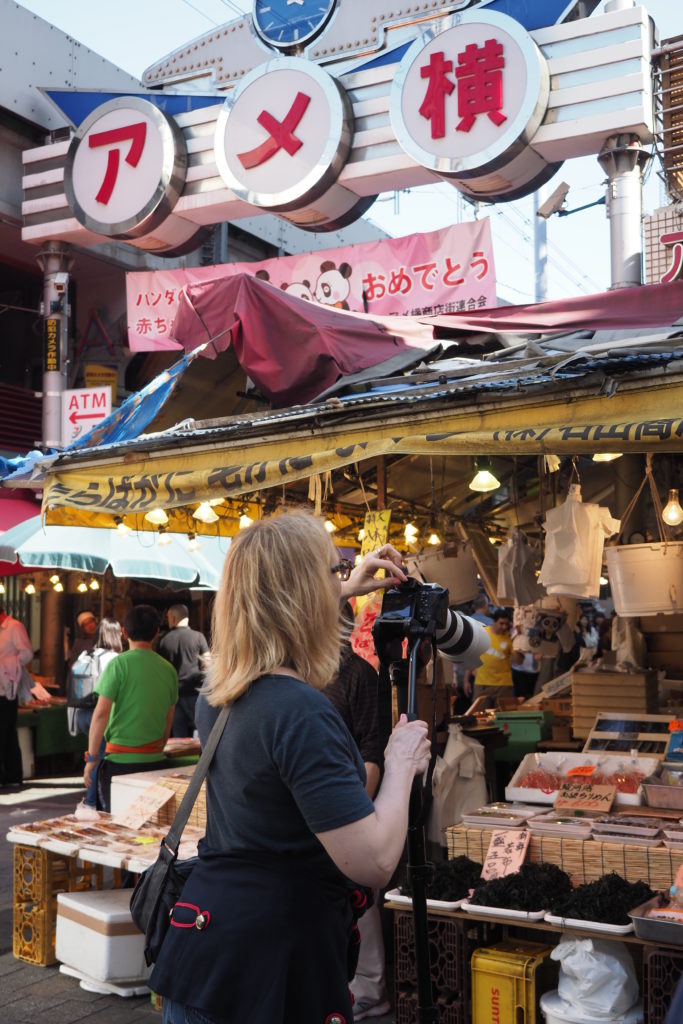 Ameyoko is said to be a place where, after the Second World War, repatriates from China started to sell candy, and also where there were many shops selling US Army goods. Although this street is crowded and has still an international flavour, on the contrary it seems to be the most popular place in Ueno area for foreign people, by saying that it has a Japanese atmosphere.

During filming at a Japanese tea shop the owner served us a cup of tea to taste, and also gave a more formal tea tasting in the back room for the film director. She finished filming after shooting a shop which sells fruit on a skewer, a leather goods shop and a shop selling Japanese split-toed socks.

Finally, I interpreted an interview between Mr. Hirata and the film director. I heard that she is not only a director of dramas and films, but also an actress in Canada. This is the first time for her to come to Japan, and her impression of Ameyoko was it is a colourful place with a friendly atmosphere, which she liked. When the director said that she heard thunder, I was wondering why in this weather? But I realized soon after that what it was, and told her that it was the sound of trains passing above the stores, which made her laugh.  She told us that her young son was dreaming of making sushi in Japan sometime. 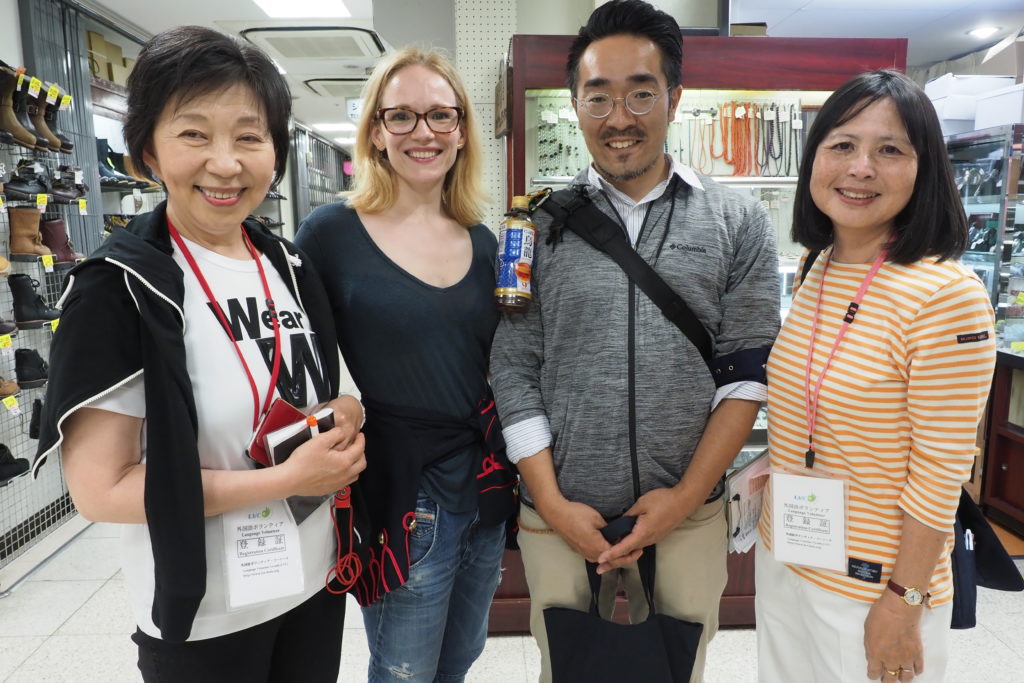 Although I went there for work as an interpreter, I had a pleasant time together with her, and I am pleased to participate in helping foreign people to communicate the good points about Japan.