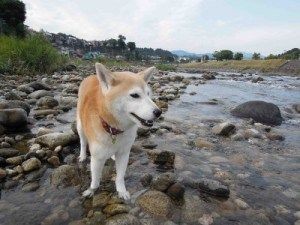 Accepting the local paper, Totoyomiuri Shimbunsya’s offer, LVC has translated a serial about the sento that is now (October.2015) appearing in the newspaper into English since June, 2015.

The sento is Japanese traditional public bathhouse and there used to be many sento along the streets in the Edo period. Once “having a bath” meant going out and having a bath in the sento on the nearby street for the ordinary people in Edo area surrounding the Edo Castle.

This serial called “Osen-Looking for Sento” introduces the sento still active in the shitamachi area of Tokyo with each sento’s establishing story and the historical changes in the town where each sento is located. There are numerous facts which even the ordinary Japanese people don’t know well ,and the serial mentions about the origin of the sento culture and architectural styles.

If you live in Tokyo, or if you are visiting Tokyo now, why don’t you click the following link?

Don’t you have the sento which you pass by unconsciously everyday?
Or, there is perhaps the sento near the street which you are walking on now!